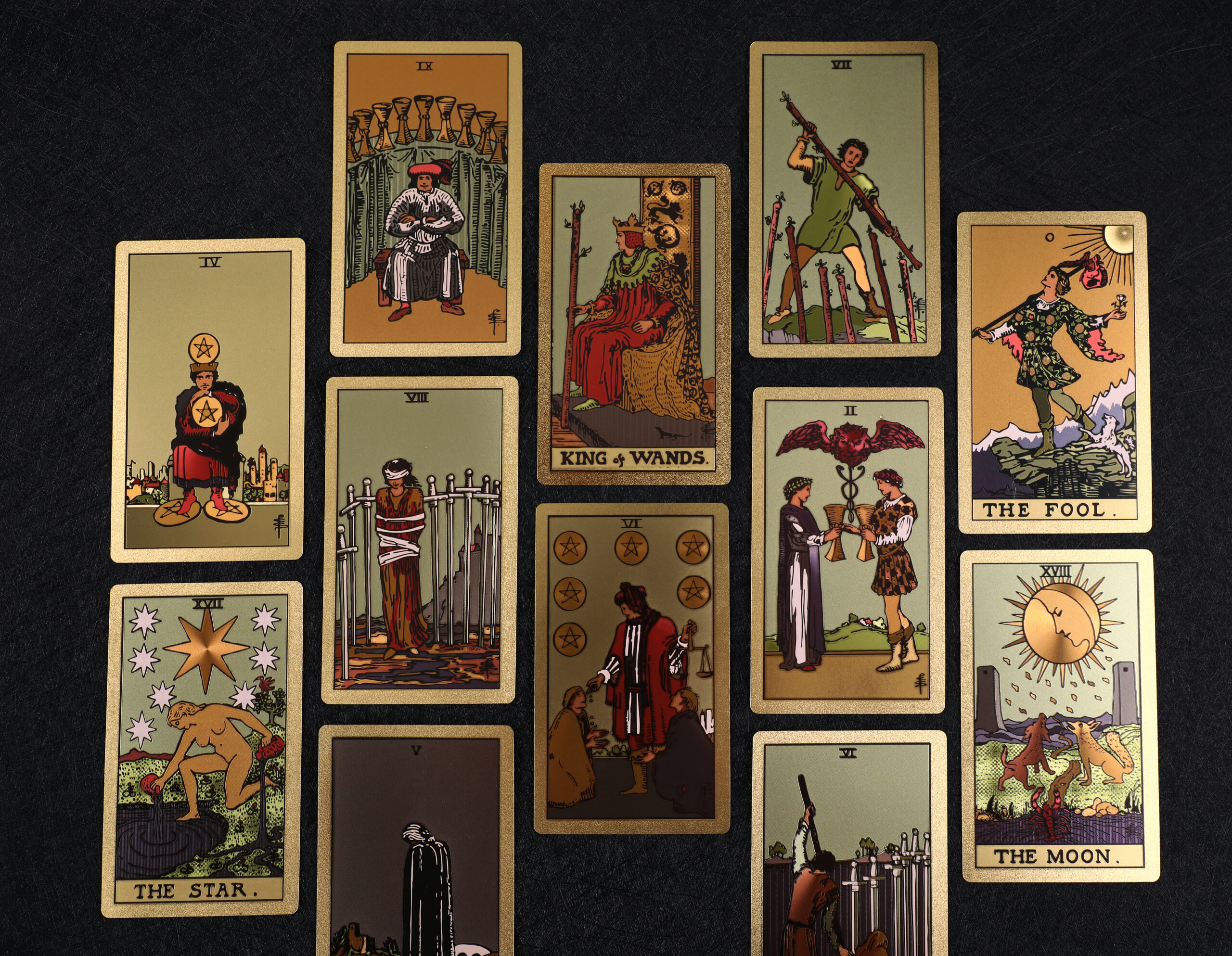 This card means travel or freedom.

The Eight of Wands is one of the few small cards without characters and story scenes. This card seems hard to read, but its meaning is equally clear. A river crosses the vast green meadow, and eight scepters are arranged parallel to each other over the river. The wands are inclined as if they have a tendency to tap the river. This is reminiscent of Moses’ wand, which symbolizes the start and end of all actions. Before the action, everyone is thinking, imagining, guessing, lobbying, full of fantasies. The Eight of Wands means that now is the time to express yourself. Do not hesitate, all the elements are in place. Everyone should strike while the iron is hot, and once the action starts, it will move fast. Things are developing, just like a hurricane rolling people up, the dust will soon settle down, and the results will soon show up.

Core Meanings of the Card

The relationship is developing rapidly. You two really love each other, but if there is no long-term plan, the spark is likely to be short-lived.

There should be a new romance happening soon now. You should aim at a goal first, then concentrate all your efforts on pursuit. But if you lack a goal, it would be meaningless.

This relationship is developing so fast that you can’t believe it is true. But both parties have invested a lot of efforts and are now overwhelmed, so that you two wish that there will be a result in the end.

There is no possibility of getting back together between the two of you. After returning to a free life on your own, you don’t want to be bound by your feelings anymore, or even fall in love in the short term.

Keywords: The competition is over, the next step in the planning process begins, new tasks to be carried out immediately, hopefully the work at hand will be completed in a hurry

At present, work is very busy, and the speed requirement is also very high. If you don’t work hard enough, you will soon be surpassed by others, so you often need to work hard.

There is a bright future ahead of this job, and it may develop faster than you expect, so you should seize this opportunity and perform well at this time.

You are so playful that you don’t want to study at all and wish to run away every day. If you don’t calm down and study as soon as possible, the situation will become more and more difficult to remedy.

Speaking of study, you need to set a clear goal, and then make a plan to study hard. Never just be briefly enthusiastic, then you are likely to give up without learning anything.

Keywords: Why not make a travel plan, go away for a trip

During this period, you have many friends, but most of them are just passing by in your life. There will be beautiful feelings between each other, but each person has different ideals.

You need to solve the problem immediately, and it will be more difficult to do so if you delay. So if you can invite the other party to talk, it will be of great help.

Your current financial situation is expanding a bit too fast. If you don’t have proper capital preservation measures, your glory could be short-lived, so you should handle it more carefully.

Core Meanings of the Card

The two of you have serious disagreements with each other and often argue about various things. Sometimes the arguments become the main means of communication between the two of you.

A new relationship is unlikely to happen now, because you not only lack a clear goal in mind, but also do not have a very clear sense of direction in relationship.

This relationship is full of quarrels and disharmony, which actually brings pain rather than happiness. You don’t necessarily want to break up right away, but you’re getting unbearable.

There is still the possibility of you two getting back together. But even if you do decide to have a reunion, you will still be arguing all day long, so it would be better to separate.

Keywords: Plans need to slow down, dealing with hidden problems, too many obstacles, getting more impatient day by day

Now there is a serious quarrel at work, and the disagreements have cancelled out each other’s strengths. Even if you want to make changes or reconcile, there is nothing anyone can do.

There are many variables in the future of this job. If internal contradictions can not be resolved, you may have to leave because of internal factional struggle.

No matter what method you use at this time, if you really study hard, you will surely see the results. The most worrying thing is that you absolutely have no ambition to learn.

You are experiencing a lot of problems with your relationships and often have endless arguments with your friends. The truth is that currently you are not in a good place and you still have to deal with your own business.

There has been a very heated argument, but it’s not something you can solve alone. It would be better if everyone could calm down and discuss the matter after a while.

You are going through some economic difficulties, and you should be more conservative and pragmatic. You can’t keep investing money without regard to reality just because you see a possible future gain.

5 Replies to “Eight of Wands”

Shopping cart
There are no products in the cart!
Continue shopping
0